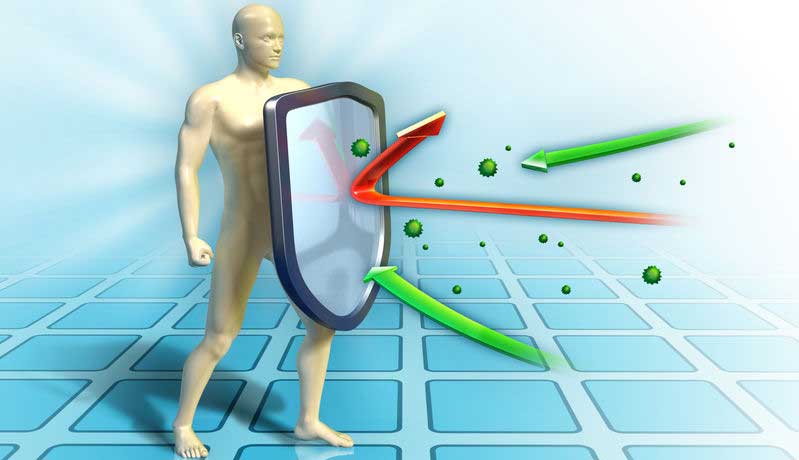 As part of your ASVAB exam, you must have a thorough knowledge of science. Of course, a large chunk of that science exam is biology; that part of science concerned with living organisms.

Over the course of the past few weeks, we’ve been learning more and more about the biology that ASVAB candidates need to know.

Previously, we’ve touched upon topics such as the digestive system and cardiovascular system.

Today, we talk more about the immune system – that part of the body concerned with protection against microorganisms, such as bacteria and viruses and parasites, as well as the system which, when it overreacts, starts to inadvertently attack the human body – leading to things such as inflammation.

Below, we review the fundamental facts about the immune system that you need to know. Whilst the guide is not exhaustive, it gives you a great idea of what topics you need to know, as well as the depth of knowledge expected.

Always check back to our ASVAB test blog as we continue to add even more great content that you need to know.

The purpose of the immune system is clear – to identify and destroy organisms that pose a direct threat to that organism.

There are different types of microorganism that can infect the body:

Viruses are classified as non-living organisms. In other words, viruses require a host – such as the human body – to infect healthy cells and to use those cells to reproduce itself. This contrasts with bacteria that do not require a host to replicate.

The immune system is layered.

At the most fundamental level, the body has various protective barriers in place:

In addition, the human body also has many mechanical means in place. Coughing and expulsion of mucus to name just a few. These acts serve to eliminate the organism as quickly as possible. Healthy mucus is white whereas infected mucus is green-brown in hue.

Taking antibiotics can increase the risk of infection. In our gut, for example, we have many millions of healthy microorganisms (known as gut flora). When we take antibiotics, the drug can lay waste to that healthy gut flora. As a result, damaging forms of bacteria can take over the intestinal tract, leading to infection. Clostridium difficile infection is just one common example.

One recurrent, common theme with ASVAB science biology is the appearance of different cell types.

In the cardiovascular system we learned about red blood cells and platelets; how the former transport oxygen around the body whilst assisting the elimination of carbon dioxide, and how the latter is involved in plugging any cuts or wounds we may have sustained.

In the immune system, the predominant cell type is the white blood cell. Scientifically, that cell is referred to as a leucocyte.

There are many different types of leucocyte, each of which with a different but complementary function. These include:

Thankfully, you are not required to have an in-depth understanding of each of these cell types. What you do need to know, though, is how these cells work together to protect the immune system.

We mentioned the word ‘phagocytes’ above. Phagocytosis is an important immunological tool; the name given to the process through which white blood cells eat, or break down, harmful cells.

These harmful cells may be disease-causing – in which case they are known as pathogens.

You may have heard of antihistamines – which work by blocking the effects of that histaminereleased from mast cells.

Finally, we must talk about natural killer cells (NK cells). These are rapidly acting cells that directly seek out, and kill, very harmful cells in the body. This includes tumor cells as well as viral or bacterial cells.

NK cells have a much faster response than many other elements of the immune response. Typically, once the body is exposed to a pathogen or tumor cell, NK cells respond within 72 hours. That may appear to be a long time but, for the immune system, is quite rapid.

That concludes our brief review of the immune system ASVAB science test prep you need to know.

Of course, this is a broad introduction to what is a deep and complicated subject. You must have a rounded knowledge of what the immune system is for, how the system is structured, how each component works within the system to protect the body against disease.

If you’d like even more facts about ASVAB science test prep knowledge – including hundreds of ASVAB quiz questions and answers – register to become a member of ASVAB test guide today. There, you can receive instant online access to all the resources you need to ace the ASVAB general science test.

Check back to our blog soon as we add even more great content to help you with the needs and demands of the ASVAB general science exam!